While Waze is simply a navigation system, it shares a striking resemblance to a radar detector but critics are putting them on different sides of the divide: Radar detector vs Waze. 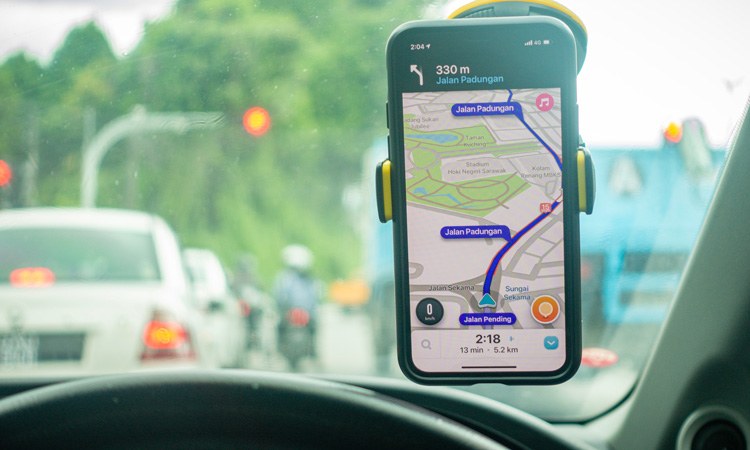 Advanced Radar detectors provide all-round protection against radar and laser guns. They alert motorists to the presence of radar guns and other devices that may be monitoring the speed of vehicles in the vicinity. Radar detectors are tangible devices that can be mounted on the windshield of a vehicle. Custom installed radar detectors provide a more stealth installation. On the other hand, Waze is a software solution that provides navigation data and information. The Waze app is free and compatible with Android and iOS.

Car owners are choosing Waze for convenience but can’t let go of their radar detector because of the advanced and more robust functions it delivers. Which one should you install? Keep reading to find out.

What is a Radar Detector

A radar detector is a car device that alerts motorists to the presence of radar guns, thereby giving them the time to slow down and adjust their speed according to the speed limit. Radar detectors have saved motorists thousands of dollars that would have previously gone into settling speed tickets issued by police officers. 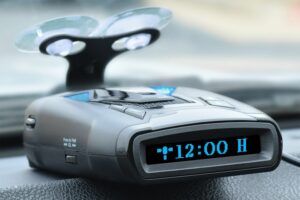 Radar detectors work by detecting the signals from radar guns. Radar guns in the United States operate on 3 bands (X, K, Ka-bands). Advanced radar detectors are equipped with receivers to detect all bands and their frequencies.

It alerts motorists once it senses any radar band signal. This has led to numerous cases of false alarms. However, advanced radar detectors are now equipped to filter out false alarm triggers.

Radar detectors were efficient against radar guns, which led to the adoption of laser guns by law enforcement. LIDAR uses a more precise method to arrive at a faster and more accurate conclusion. LIDAR works by shooting a beam to your headlight.

It is very efficient in short range. To fight this new device manufacturers created laser detectors and laser jammers.

These jammers function on different principles. A jammer jams the signals, either making them unreadable or false. While jammers are effective against laser guns, they are illegal in some states and are easily detected. Jammers are also expensive so you may want to stick with Radar detectors.

Advanced radar detectors are equipped with 360 laser detection. And an inbuilt GPS to map and lockout some areas. It also improves its radar detection function by showing red light cameras and mapping out police traps and locations.

Radar detectors are equipped with high and low ranges of detections. A radar detector can reach over a mile. Detection from that distance provides you enough time to adjust to the speed limit. You can also set your radar detector to the auto-city mode where it limits its range to cover a hundred feet or more, depending on your city and preference. You can also reduce the feet if you want a smaller range. Here are Best Radar detector for 2021.

By alerting you of your speed, radar detectors promote safe driving. It tracks your speed with its inbuilt GPS and compares it with the speed limit of your commute. It alerts you once you begin to go over the speed limit. A Police officer can charge you for the slightest increase in your speed.

A laser jammer not only detects but transmits. This gives you enough time, especially in close range to quickly adjust your speed before killing the jammer.

Waze is a reward-based navigation software, compatible with smartphones and tablet computers, and provides accurate and real-time traffic data by downloading data over a network or from community members.

Waze works with the inbuilt GPS feature of these handheld devices, to provide turn-by-turn navigation instructions to its users. It helps save time by alerting drivers to heavy traffic, bad roads, police presence, and red light cameras.

Waze is free and accessible in 50 languages. Users from all over the world can contribute to and use data and information on the application. Waze downloads data from moving handhelds, making it one of the fastest options for navigation.

Although community-based, Waze takes the responsibility of alerting motorists to verified data from other users. So, motorists never have to find information. This feature keeps the driver’s eyes on the road with its auto-alert system.

Waze also uses data from emergency units in the state. The app is fully functional in 13 countries and requires additional information and data to complete the maps of other countries.

Other users are allowed to add and edit existing apps for better accuracy. New information and data are thus added quickly for other users to utilize. While several countries are still lacking a full map because of this, it makes the map more accurate. Other users can also alert other motorists and provide data about traffic and police traps for other drivers. This feature provides overspeeding motorists enough time to slow down and adjust to the speed limit.

No App would be complete without a feature to find places. That’s also right for Waze. Waze shows you the best and cheapest restaurants and fuel stations. Are you new to a place? If so, then Waze can be your travel guide, showing you places and special locations that may interest you. Waze also allows you to find friends and family. However, this feature is only 100 efficient in countries with a 100% functional map.

Waze provides accurate turn by turn navigation for its users on the platform. It shows them the best and fastest route, helping them avoid heavy traffic, bad roads, and most importantly, accidents. Waze also shows you your Estimated Time of Arrival.

Waze notifies you of overspeeding by tracking your speed using your device’s GPS. This feature helps you to avoid police speed tickets and other penalties. It is also a safety measure to avoid collisions, accidents, and dangerous driving.

Waze features an amazing alert system. Users can choose from a variety of celebrity voices including Arnold Schwarzenegger, Morgan Freeman, and DJ Khalid amongst others. The alert system is efficient and fast, giving users enough response time.

Asides from that, the Waze App can easily become a source of distraction because of its numerous on-screen menus and features. However, you can modify your Waze to include only features that won’t distract you.

On the other hand, Radar detectors are distraction-free as they provide a simple mechanical display with an alarm system that keeps users eyes-on-the road. 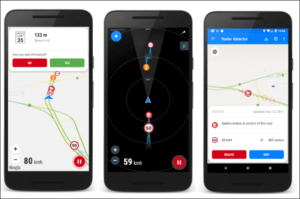 While Waze prides itself as the smartphone solution, radar detectors have upgraded their modes of detection to include smartphones. Advanced Radar detector brands now include apps to enhance their detection feature.

These apps provide a more robust navigation and alarm system for traffic and police traps.