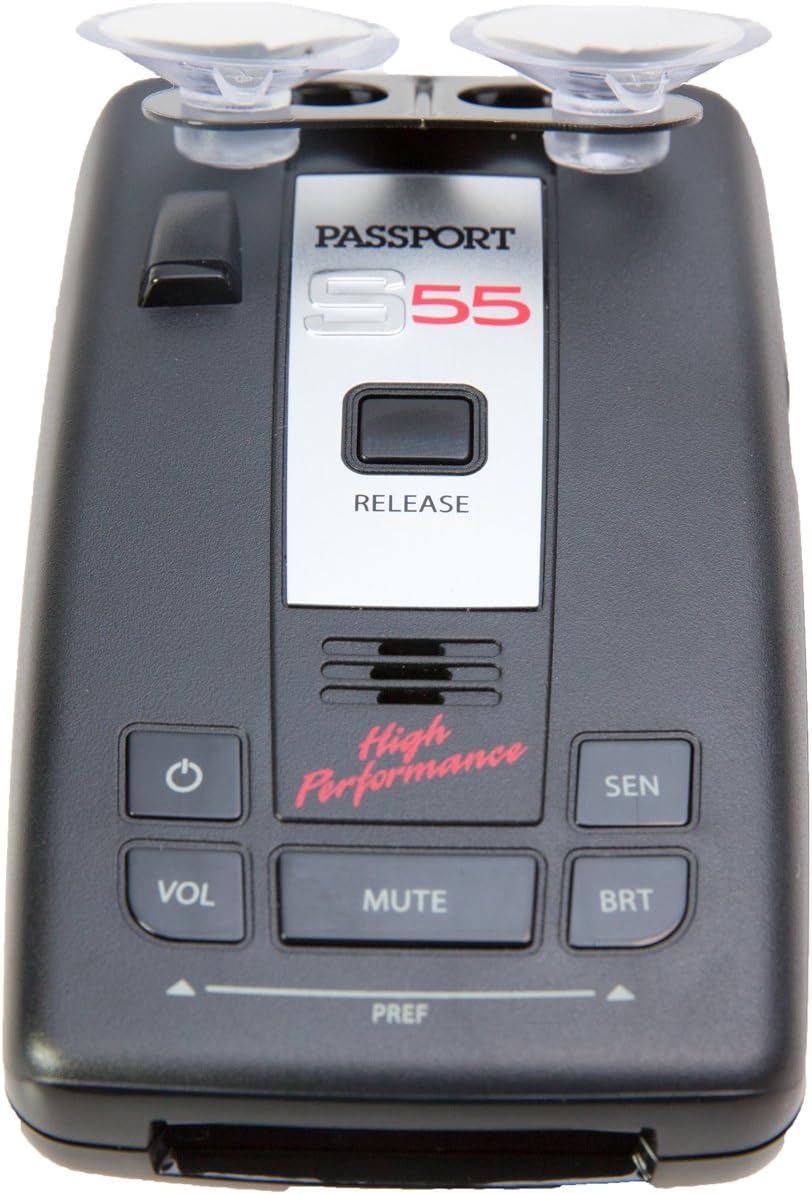 Have you ever wondered how most radar detectors work? Has the police ever walked straight to you with a ticket that has details on your speed limits leaving you in shock of how they came to know?

Well, it is because they use a radar gun to shoot at your car which gives them the exact details of your speed limits and if it is more than what is allowed for that road, you’re handed a speed ticket and many times taken to court to pay court fines.

We all know how costly and time draining and how embarrassing the whole process is. To be on the safe side you need a radar detector which is why you will find this Escort Passport S55 Radar Detector Review helpful. Because these road enforcement agents also have speed cameras and other hidden traps that can be placed at locations you least suspect.

The Escort Passport S55 Radar detector offers you one of the most advanced high performing radar detectors for your vehicle. It comes out of the box ready to use, but you can customize it to your preference instantly.

This device connects to the Escort Live app and brings you real time fast notice on upcoming alerts of other users in the area. It also gives you unique access to local speed limit data for alerts on over speeding. 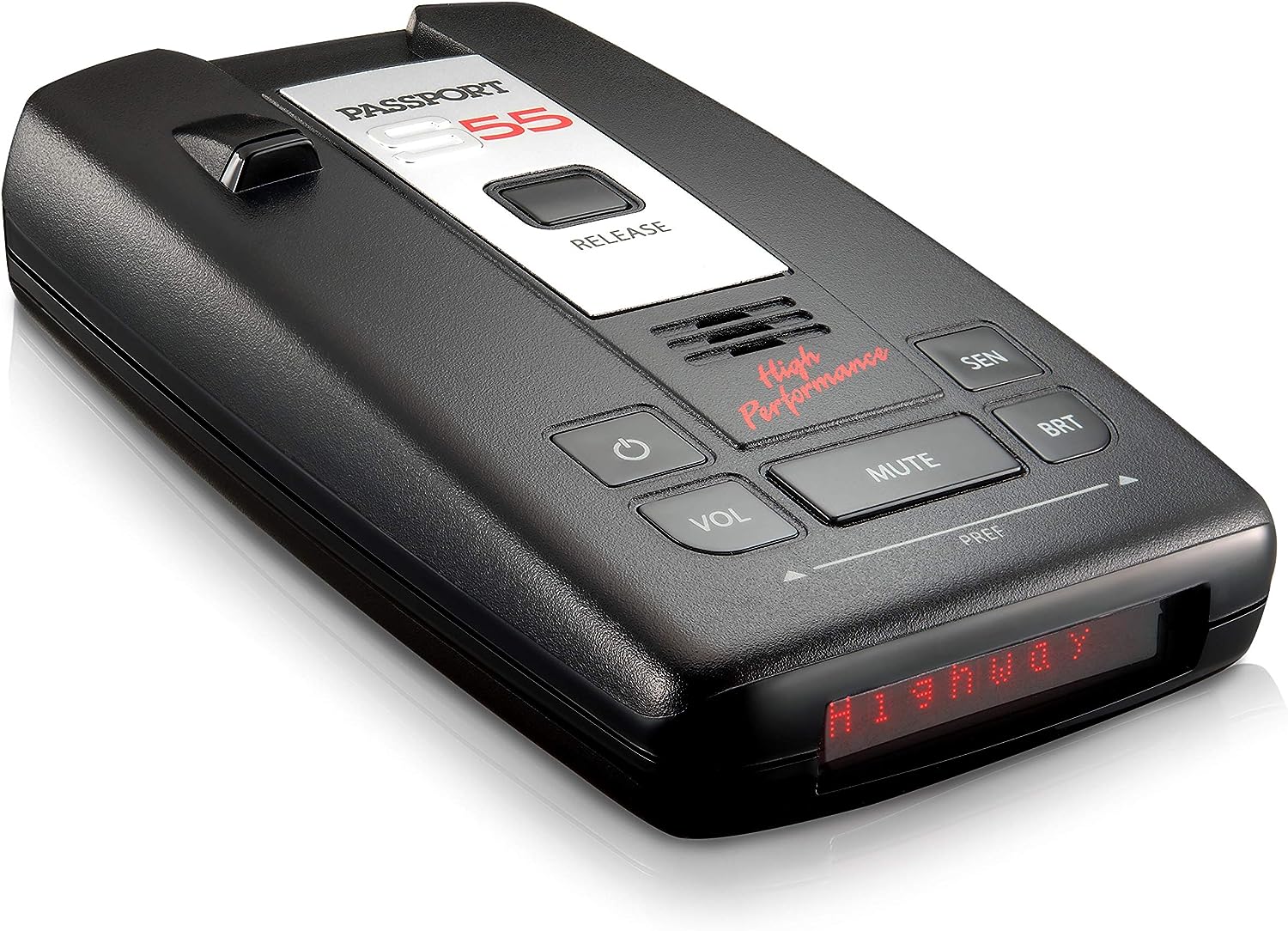 The Escort Passport S55 comes with a unique AutoSensitivity feature, that enables it to analyze incoming signals and adjusts the sensitivity automatically, whether you’re driving inside of the city or on the highway, in order to efficiently eliminate false alerts.

Like the Escort IX, this also can be connected to the Escort Live App which gives you access to other drivers sharing alerts of red light, speed camera, location, speed limit, radars from police and so much more running into hundreds of million alerts yearly.

The Escort Passport S55 Radar detector also allows crystal clear communication, depending on the signal strength. It has a broad range of radar detection, and warns you of all radar bands which includes both conventional and instant on the following radars, XBand, Kband, Ka band, POP. These alerts are faster with enough time for you to react and change course.

Who needs the Product and how can it be helpful?

Obviously, all car owners need the product. This device comes with a convenient travel case, regardless of the road you’re plying. Its alerts are clear and audible, always faster to give you enough time to react to it.

The Escort Passport S55 also gives you unique access to speed limits data via its GPS technology so that you’re aware of what works where.

1. Press the release button located on the top of the device and

2. Slide the EasyMount bracket into the slot till it is locked into a position that best fits the angle of your windscreen. For ultimate adherence of the suction pipe to the windscreen, ensure that both surfaces are kept clean.

3. If you want to adjust the device on your windscreen, use the EasyMount adjustment button, it is located on the top of the device, then you can slide it forward or backward to obtain the level position of your choice.

● With its Escort Live app, you can connect to other network of drivers that gives alerts notification on red light cameras and radar detectors

● Its detector range is wide and such alerts you of potential threats with enough time to react.

● It is super sensitive and resilient

● Too many false alerts.

● On a sunny day, the radar detector can alert you incessantly on a random interval. It mistakes the sun rays for a police radar. 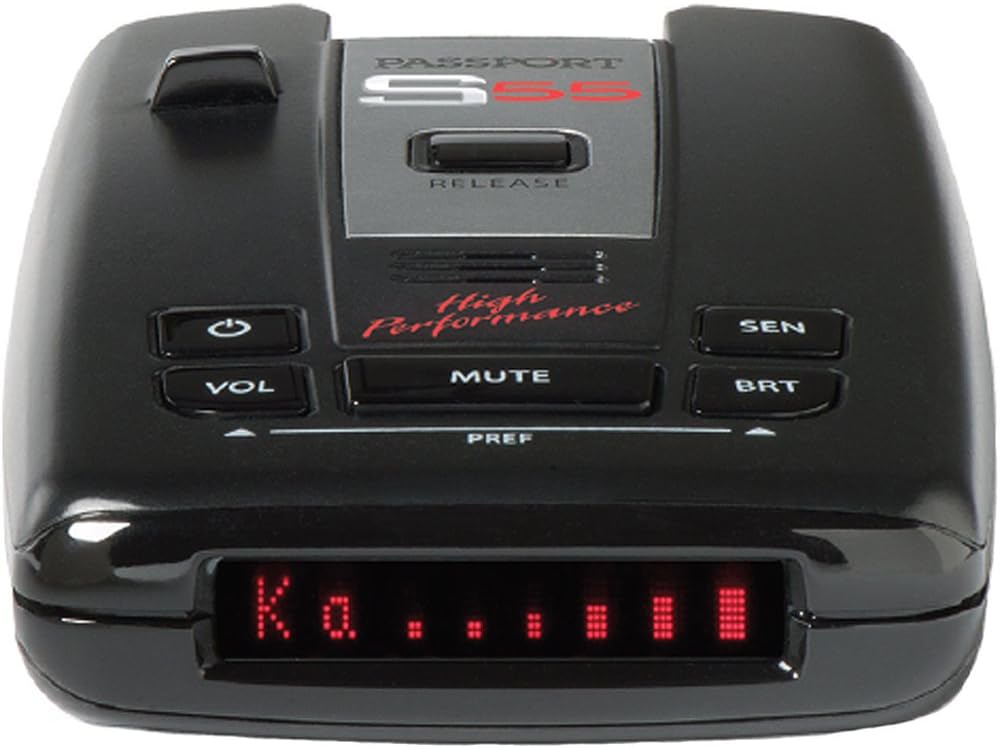 No It can only detect radar.

● What about mounting it in reverse?

It is not advisable to mount this detector upside down.

● Can this device detect Ku Band?

Absolutely. It can also detect other radar and laser bands.

● Does it have anti- radar detector?

No, the Escort Passport S55 Radar Detector doesn’t have an anti-radar detector.

● Is the Escort Passport S55 wireless?

● What about rear detection?

Fortunately, the Escort Passport S55 has a 360o detection, so it covers both front and rear views.

It comes with interesting features, though it may not be able to do what is demanded of most radar detectors. However, because of the access it gives to speed limit data and the community of other drivers for information about red light cameras, police radar etc, one may consider getting this especially for the price it is being sold as the Escort Passport S55 Radar Detector can be said to be relatively cheap.

However, you can check here for better radar detector options. We hope you found our Escort Passport S55 Radar Detector Review helpful. Leave us a comment if you have used this product or you have another radar detector you could recommend to us.