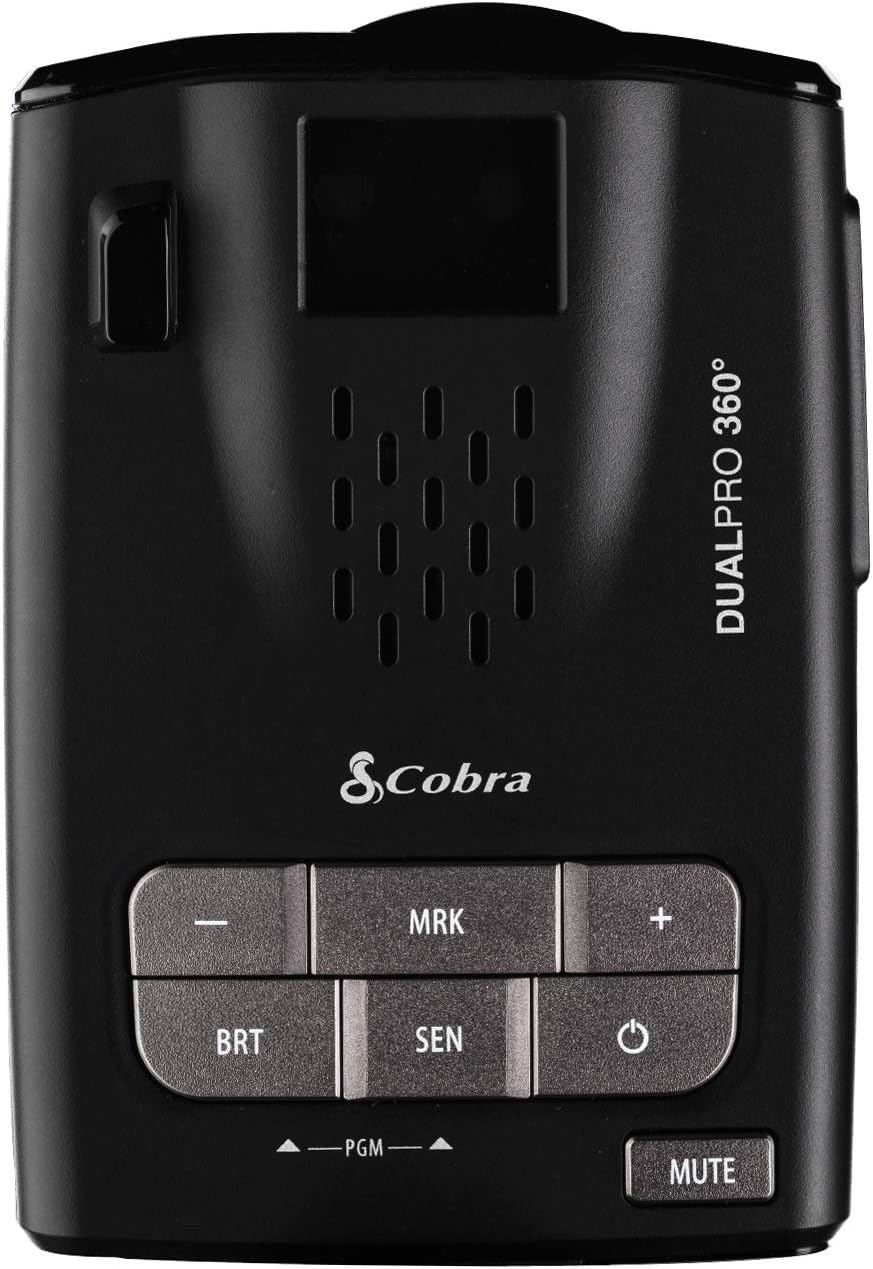 Among other radar detectors designed to detect radars and laser guns mounted by the police and road law enforcement agents, to track vehicles over speeding and issue them costly tickets, the Cobra DualPro 360o stands out amongst others as the first Cobra multi-directional radar detection system with unmatched accuracy and patented Autolearn technology to eliminate false alerts.

The product is engineered in the United States to detect road threats in advance and provide early warning alerts to help drivers navigate smartly. Read more to learn more about this 360 degree radar detector in this Cobra DualPro 360 Radar Detector review.

Radar detectors aid road users (drivers) in detecting radars from a wide range to enable them make possible adjustments before getting close, as this helps save them from road traffic tickets, expenses of the court and the embarrassments of all the process.

Since emergencies are inevitable, and most times there may be an urgency in catching up with scheduled appointments, there are tendencies to break traffic rules, and over speeding or trying to take shorter cuts which can be one way are almost inevitable.

The law enforcement agents and her policies however do not take into cognizance these unprecedented emergencies that arise and therefore penalize hugely for it.

Traffic tickets are costly, the process of going to court and paying court fines are exhausting and expensive also, hence the need for a radar detector, speed camera detector and red light camera detector, of which the Cobra DualPro 360O fits best into.

Hence, you need a radar detector that’s wide and vast in range to spot these ahead of time and save you money and stress.

The Cobra Dual Pro 3600 is another good option if you desire to save yourself the embarrassment of being stopped over by road enforcement agents.

With the inbuilt Bluetooth technology, the Cobra DualPro 360 can be linked to your smart phones giving you instant notification on speed traps, speed cameras and red lights cameras mounted on the road. 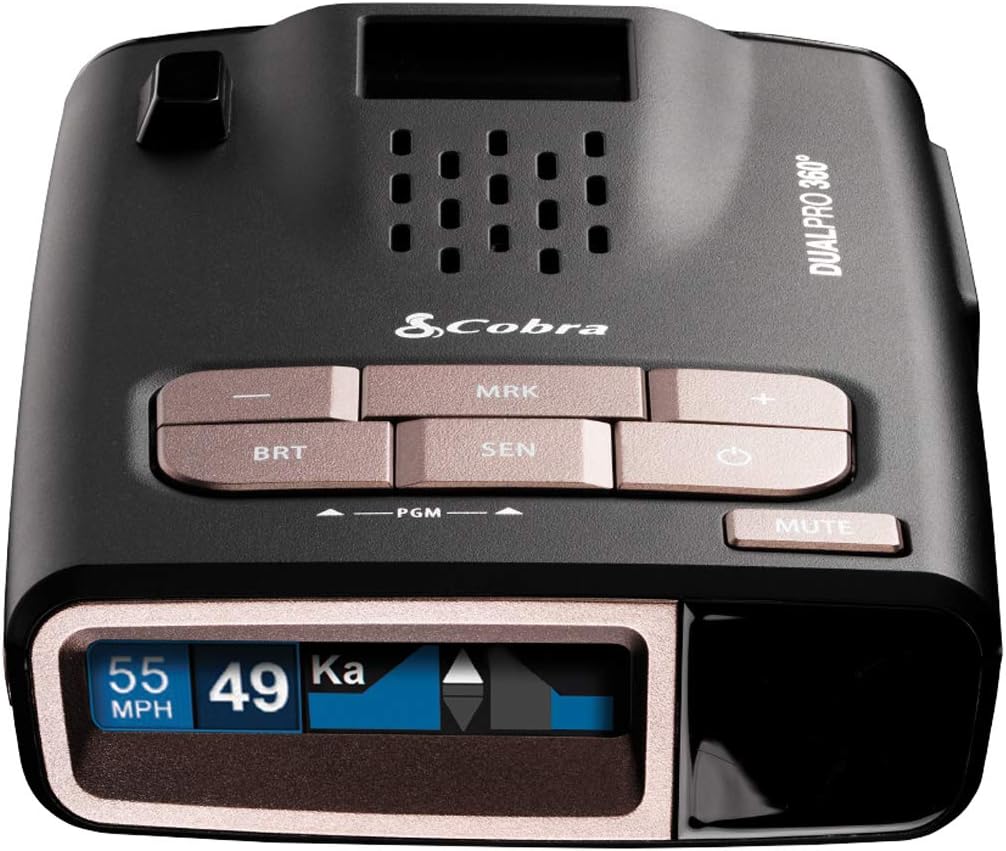 The product is optimized to deliver the three most demanded radar detector features which are the extra-long range, pinpoint accuracy and true 360 detection at the highest level. It also features Front and Rear Sensors, eliminates false alerts, and keeps the communication of your radar detector simple and effortless, possessing secure attachment as well.

Who needs the Product and How can it be helpful?

This front and rear antennas scan completely around you, and gives you a cutting edge signal to stay ahead of the threat. With the iRadar App and cloud connectivity, it is easier to detect upcoming threats, police locations and red-light cameras from your phone.

The iRadar app provides enhanced crowd sourced alerts and connects via Bluetooth with optional defender database subscription, hence your smart devices can be linked to the Cobra Dual Pro for ultimate radar detection.

With all these functions, the 360o radar detector would do a lot of good to all categories of drivers who’s looking at cutting down on road traffic tickets.

How can it be installed?

3. Slide the detector onto the mounting bracket until it’s fully engaged. The magnet inside holds the detector in place.

● Can be connected via Bluetooth to smart phones

● Sometimes raises false rear alerts and may not stop alerting until plugged out and plugged back in.

● Might not connect to some Bluetooth and some devices especially after software has been updated.

● May not detect laser radar guns. 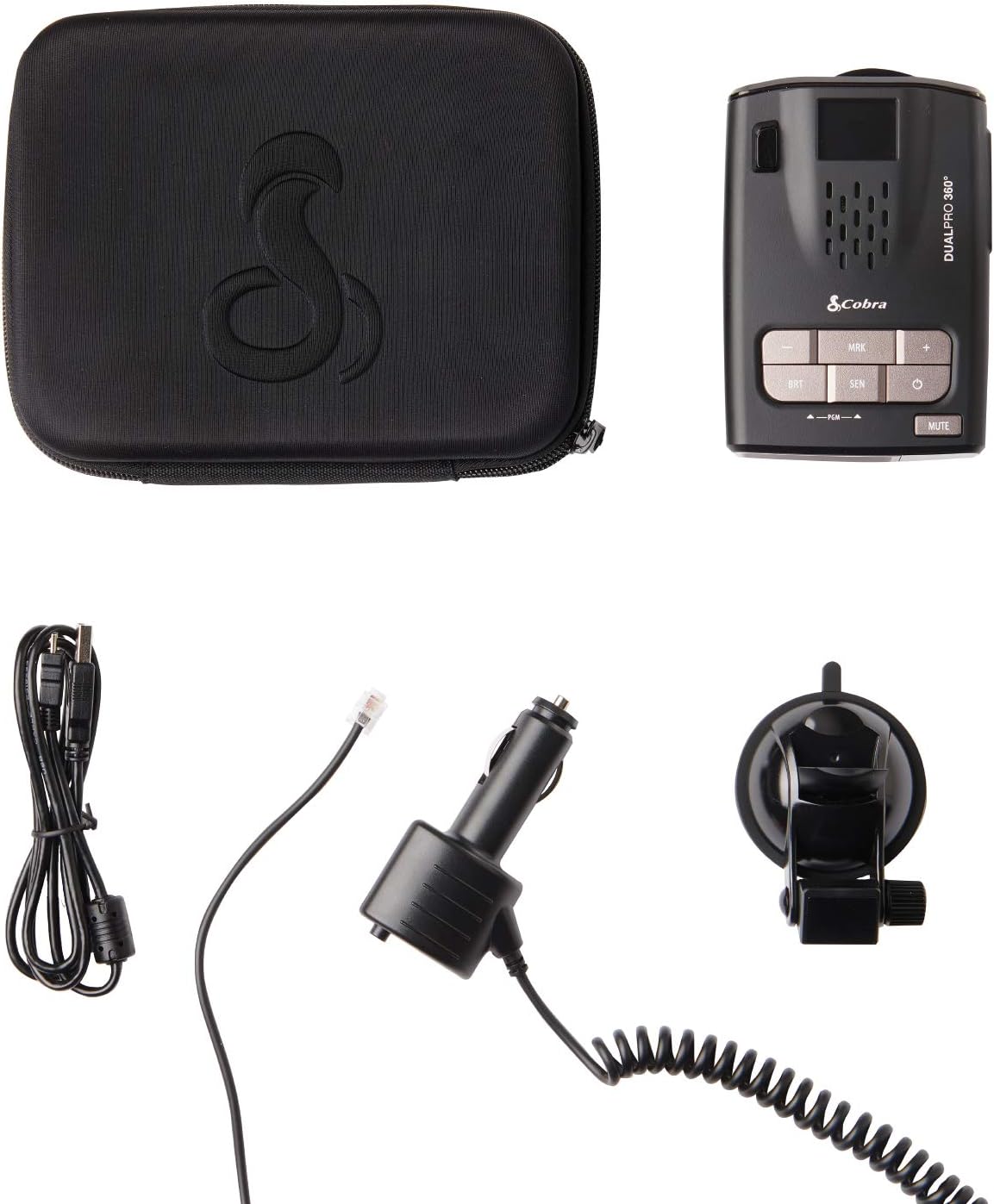 ● Is the Cobra DualPro 360o upgradable at no cost?

● Why does my Cobra DualPro360o not have a data cable for updating?

You can use the common mini-USB cable from other devices with it.

● Can this device be hardwired into the car’s battery?

Yes, the Cobra DualPro 360° Radar Detector can be hardwired into your car’s battery using the Elite Series Direct Wire. You can find it on the manufacturer’s website.

Will the Cobra Dual Pro 360o Radar Detector work in the UK?

This device isn’t designed to work in the UK. However, there are detectors designed for European countries such as the MAX 360c INTL model or the RedLine EX INTL model.

● Does this device have protection against RDD VG2 and Specter?

● Would it Work in New Zealand?

This product can be used in New Zealand. However only North American locations are included in its camera database.

● Can this device warn against oncoming police vehicles signals?

Matter of fact, the Cobra DualPro 360 Radar detector will alert you from miles away in advance

● Does it detect against Speed Light Cameras?

As the name implies, the Cobra DualPro 360° Radar Detector will serve all round in protecting you from radar detectors and speed traps.

Equipped with features that help identify real threats sooner than other detectors and its threat directional arrows, it provides you with information about these threats accurately.

Also, the GPS Location-based intelligence automatically locks out false alerts and allows you to mark locations for future reference.

Another great thing is that it gives you access to its Defender Database where you receive warnings of verified speed traps, speed cameras and red light cameras. With its inbuilt Bluetooth technology, you can access its iRadar app which helps you to access information from your smart phones.

If you are looking out for a radar detection device that offers real time 360° protection against speed traps and speed cameras as you use the road, the Cobra Dual Pro 3600 is your go-to product to avoid getting into trouble with road enforcement agents.

We hope you found our Cobra DualPro 360 Radar Detector review helpful. Leave us a comment if you have used this product or you have another radar detector you could recommend to us.